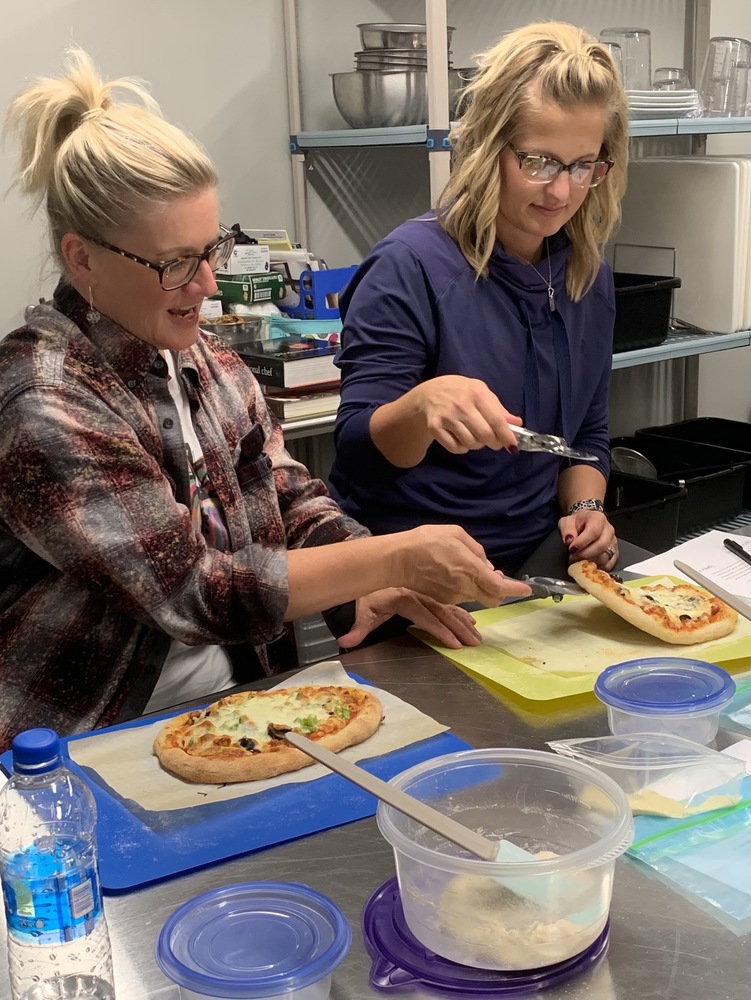 Ten enthusiastic adult learners were greeted with a slice of chicken bacon ranch pizza created by instructor Tim Christensen. The sample pizza included a pizza crust everyone would learn to create themselves.

Each class member learned to mix and shape the pizza dough. Then, it was time to customize their pizza with a choice of multiple toppings. Twenty minutes later, they all showed off and sampled their pizza creation.

Each student took home another pizza dough for a future meal. Tim provided two of his favorite pizza dough recipes along with many tips for making their own pizza.

Plans are being made for future classes including bread making, meals to go, making your own cheesecakes, and much more.